Celebrating The Vector Team in NYC

In addition to our main office in New York City, did you know that we also have some employees in other states and countries? While the majority of the Vector team is based in NYC, we are also in Texas, Nebraska, Tennessee, Missouri, and even Wales!

Every year, we look forward to inviting our remote team into the NYC office for a few days to celebrate at our Annual Summer BBQ and come together as a full team. Since we usually meet with them over video conferences, we were very excited to see our remote team members in the office for a few days. Here’s what happened (check out the pictures on our Facebook, too!):

Nothing says “Welcome to New York” quite like a spread of Murray’s Bagels (right, Luke?). After a little bit of breakfast fuel, we were ready to dive into morning presentations from the development team.

It’s standing room only as all of the developers gather in one room to attend their stand-up meeting in person.

After the meeting, we were off to a full morning of work. It didn’t take us long to get settled into a nice rhythm of working together around the office before breaking for food again.

Oxido is a seamless staple in our office and their catering is great! Look at us, all able to eat together like one big happy family. 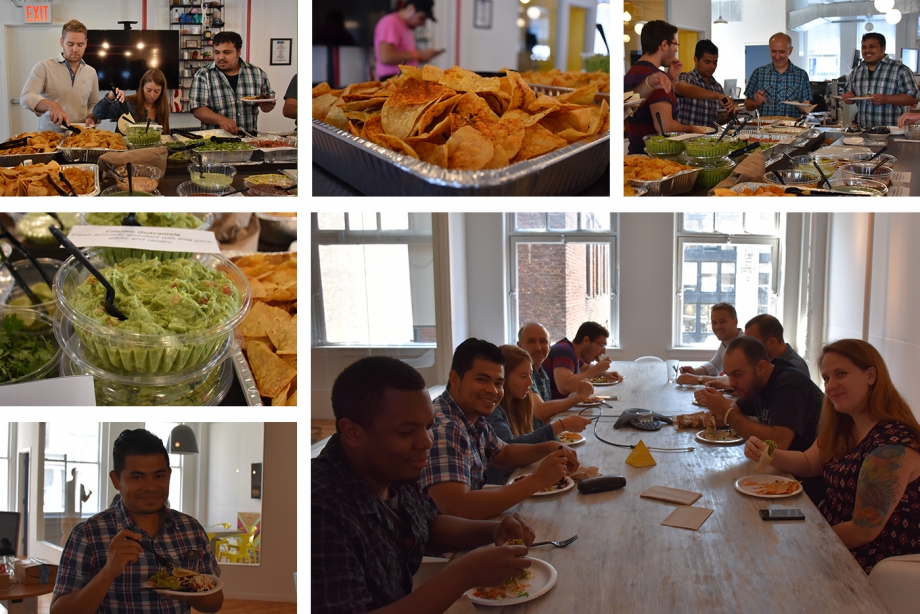 After everyone had their fill of tacos (is there such a thing?), we had a packed afternoon of demonstrations from the Development & Project Management teams:

More food! We spent most of our time eating. Thanks to Hummus & Pita Co., we had a nice filling meal before settling into another busy afternoon of demonstrations and presentations.

Project Managers James and Lauren kicked off the demos by going over how PMs resource projects and plan ahead for everybody’s sprint.

Designer Allyssa and developers Santiago and Sam explained how the two departments are able to work together to create and implement a modular design system. This kind of system is great for content heavy sites that need to present their content in new ways without reinventing how the information is represented on every page. The site is broken up into templates, and the client has a set of flexible modules within the templates to choose from as they create and enter content. Open communication and detailed specifications between both teams allowed the transition from visual design to development go smoothly and efficiently.

Designer Chris explained how to convey intent and communicate functionality between our design and development teams when incorporating animations into a site.

After the demonstrations, it was time for the Vector tradition of “10 Things” presentations, wherein a few people from the team present 10 fun things about themselves in any way that they choose. Here’s what we learned about our remote team when we put them on the spot for “10 Things”:

Stephen is from “Wales, not England”, and made sure to educate us Americans on the difference between the two countries. He also gave a quick lesson on how to read a 24 hour clock. We still have so many questions, Stephen!

Brent, from Lincoln, Nebraska, introduced us to his family and showed us how he is an epic referee for high school and college soccer.

Christy, who grew up in Texas and now lives in upstate NY, runs a nonprofit organization and developed a love for Eloise after spending a lot of time in hotels as a child.

Sam, from Austin, Texas, reminded us to always choose the path in life that tells the best story and to never underestimate the impact that an act of kindness can have on a child.

Rob, originally from New York, now lives in St. Louis, Missouri. He did the music for commercials such as Under Armor, and was in a Korn cover band that played on the Conan O’Brien show.

Leslie, from Woodinville, WA, name dropped (but didn’t even mean to name drop) all of the famous people that she has met, ranging from Bela Karolyi to our very own Stephen Lewis.

We tried to fit in as much quality time with out-of-towners as possible. Did somebody say happy hour?

It was so much fun having everyone in the office! Say hello to the whole Vector family! Check out more pictures of our extended family from the 2016 Vector Summer BBQ. 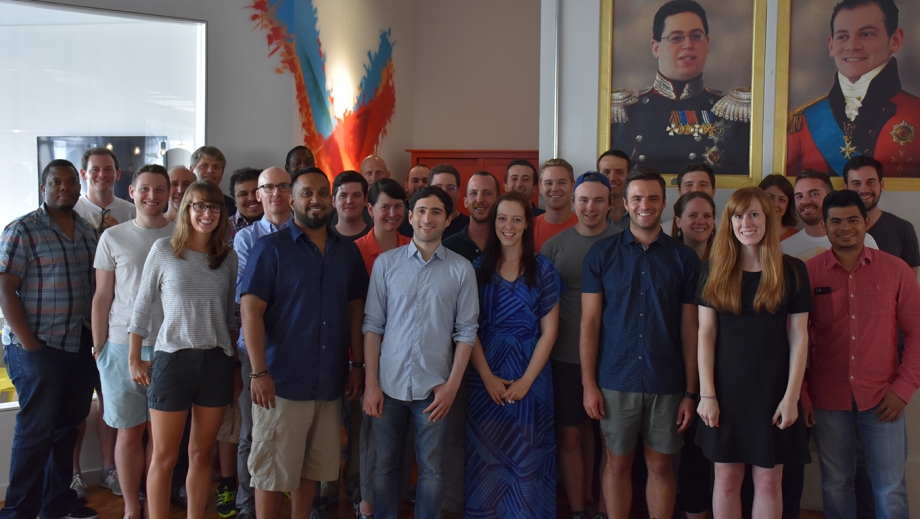