The Vector holiday party is a long standing staple of our company's social calendar. Alongside the summer BBQ, this is one of the most meaningful events we have each year. It is our time to unwind, celebrate our successes, get to know significant others, and embarrass ourselves in front of coworkers.

This year was no exception! We ate, we drank, we chatted, we posted to Instagram. The 2018 party was extra special however, as this was a night filled with magic. We pulled off actual magic tricks this year, here's a few we wanted to share.

The first magic trick for the evening was getting everyone to NYC. With our acquisition of Happy Cog earlier this year, we are over 50 people now so arranging this was no small feat. Over fifteen of us live outside of the NYC area, and of course they were flown/driven/trained in to join in the fun. We had folks in town from Hawaii, Paris, and everywhere in between. We spent a few days together in our Manhattan office, and it was fantastic to have almost everyone under the same roof working side by side. Remote work is a huge and important part of our culture, but sometimes it's just great to be in the same room together and have fun.

Magic Trick #2: We had an actual magician

This isn't a magic trick exactly, but it is certainly magical. To kick the night off, we brought a magician into our office for a workplace happy hour. I know what you're thinking: a company magic show, snore. Don't be fooled - this guy was legit. People were outright mystified and bewildered with each sleight of hand, trick of the eye, and is-this-your-card routine. At one point the magician electrocuted Nathan from across the room and left a mark on his hand. He was unharmed. 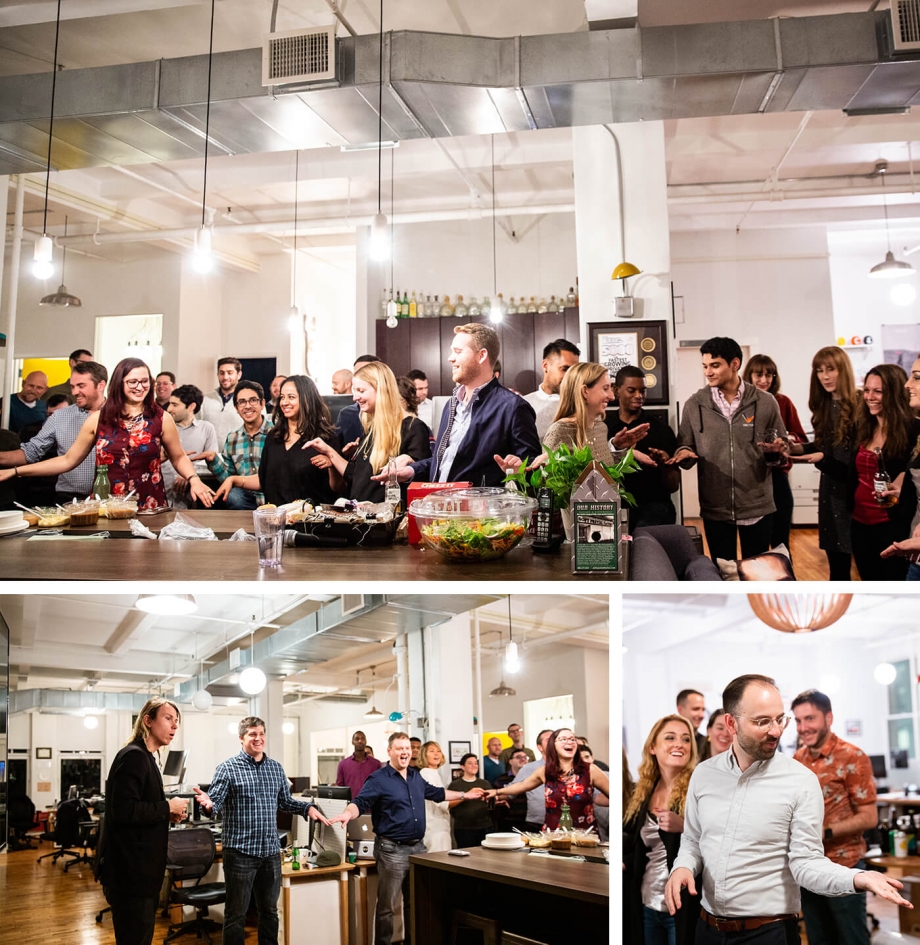 After the main show, the magician (who is legally blind) worked the room, walking around to each group of people, and continued demonstrating his mastery of the occult.  Some of the craft beer aficionados brought in some of their local favorites from home, and we did a little sampling as well. It was a perfect setup to the party.

We ate a lot of guac. Like, tons. We went through SEVERAL of these massive stone molcajetes before the night was through. I think I saw someone just sticking their hand right in and stuffing it into their face, but I can't be 100% sure. 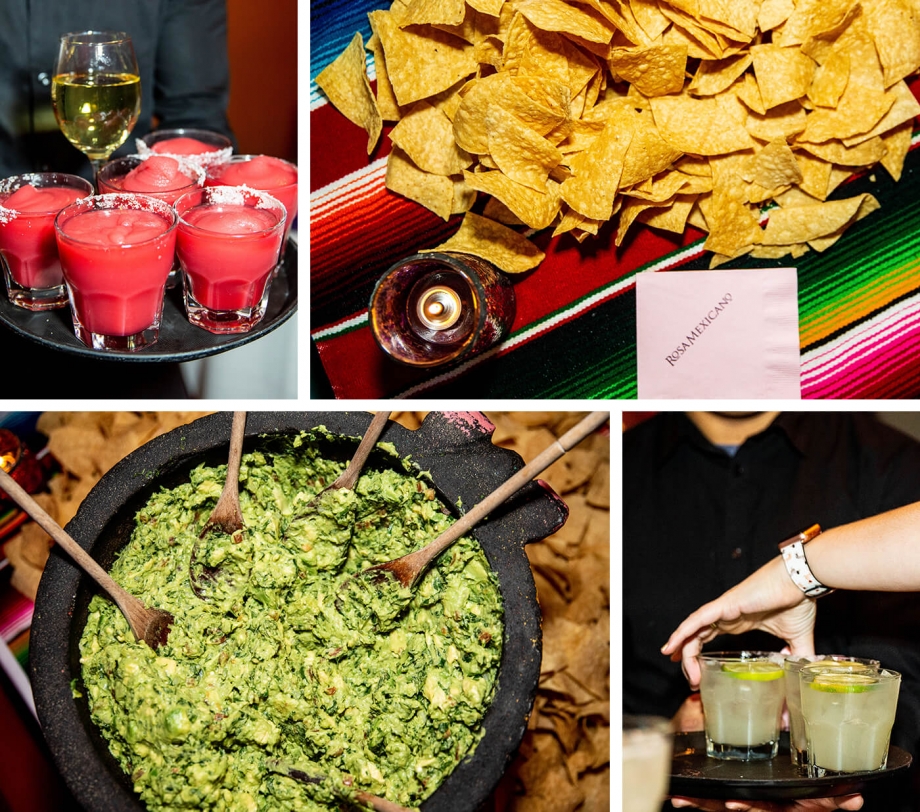 The main event was at Rosa Mexicana. For those who have not been, this meant we had gallons of margaritas and sangria being poured, great tacos and quesadillas served, and of course, a lake of guac consumed. For those who did not fall victim to a food coma, the festivities continued with a bar crawl from there. 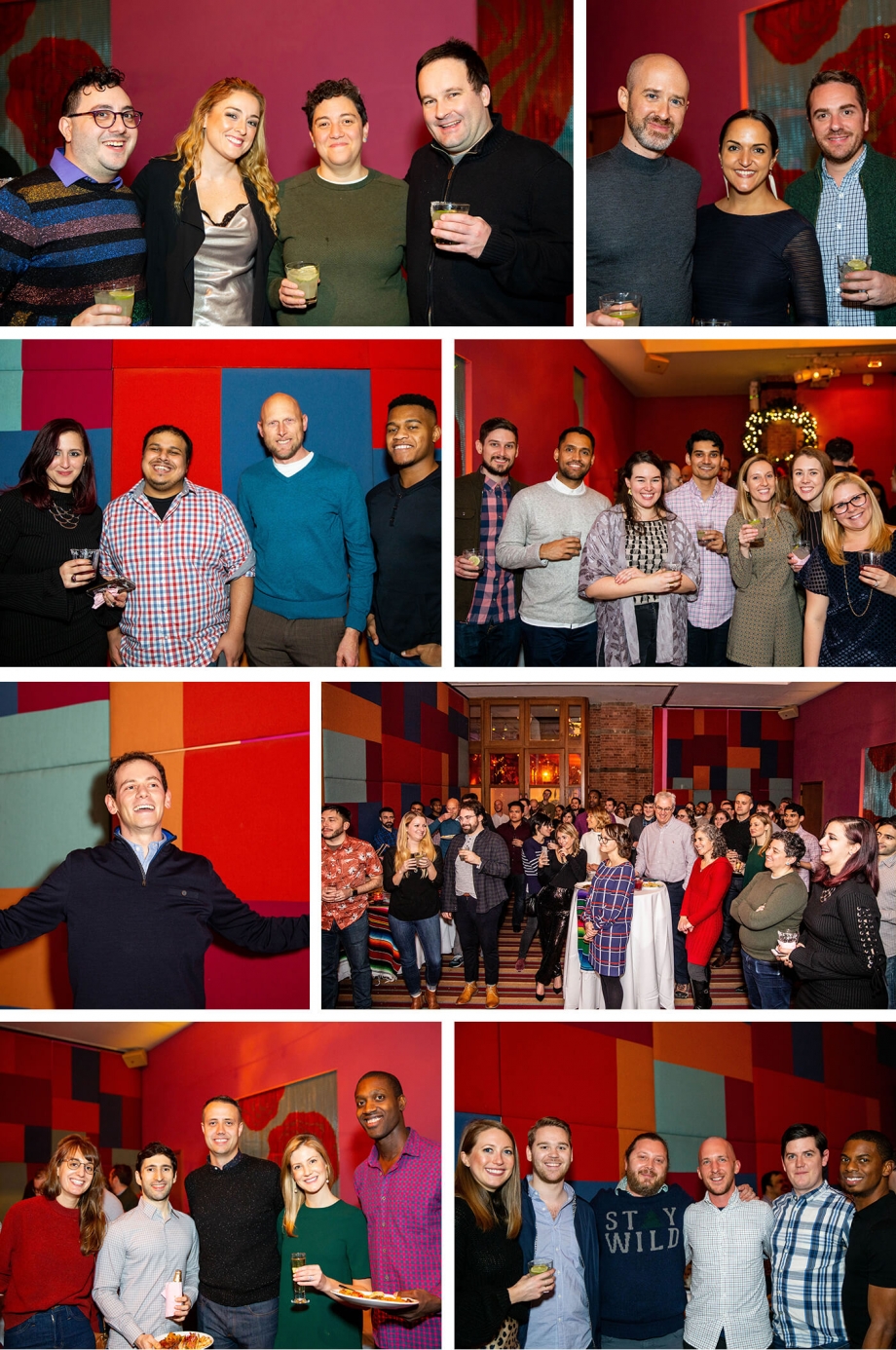 Have you ever tried to get 50+ people to all look in the same direction at the same time? It's not easy. Especially if these people have been involved in revelry for the past 4 hours, and the internal bodily composition of each person is over 35% margarita. Fortunately, we've had the same professional photographer working the party for the past few years, so she knew the drill, and was able to get the job done. Once her babysitting and cat herding duties were complete, we managed to get some halfway decent photos of the group.

Check out more 2018 Holiday Party Photos on our Facebook page!